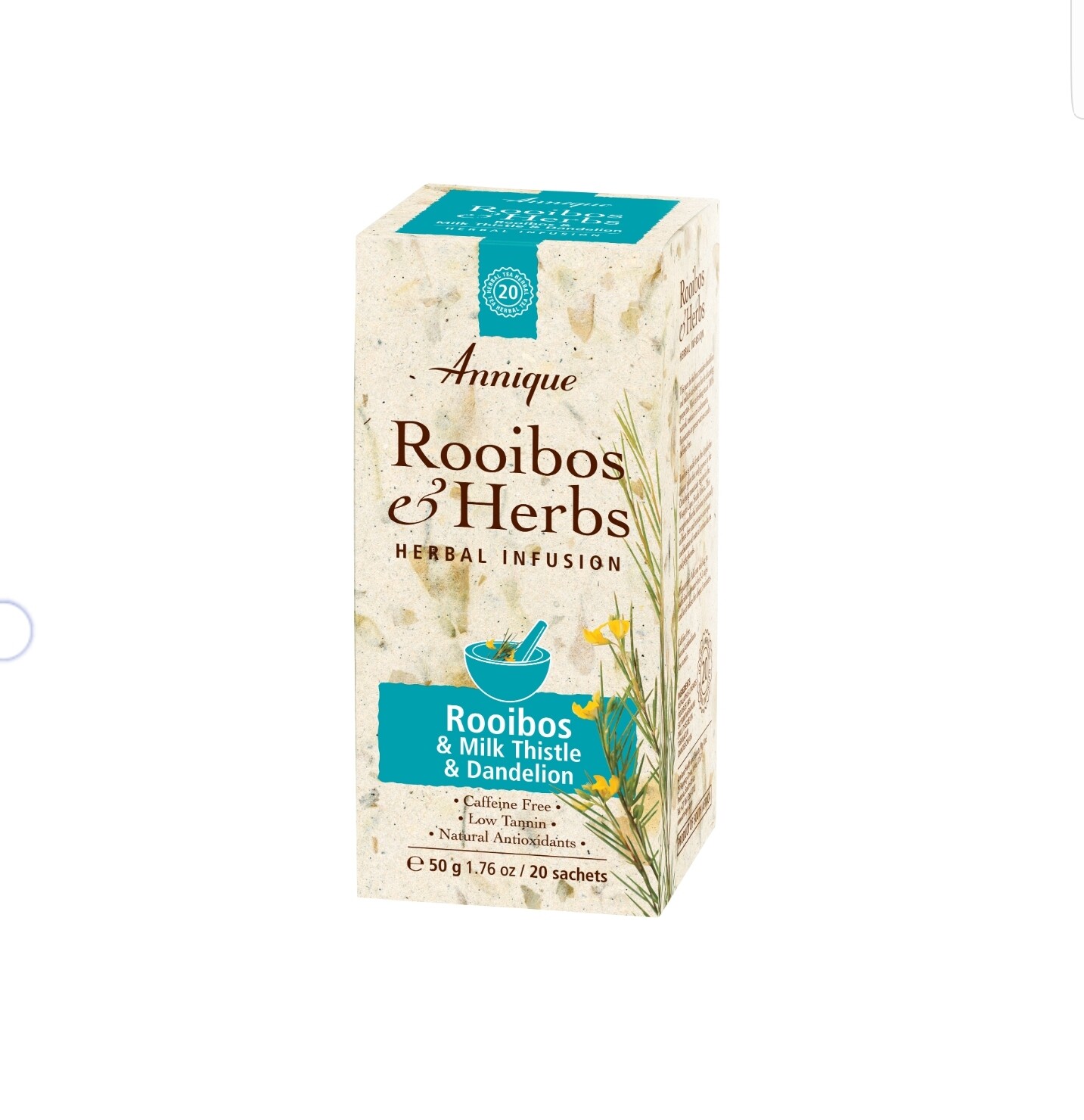 Rooibos can also help improve the liver function and protect the liver against disease.

It is well known that the benefits of Rooibos tea extend far beyond the seams of the actual teabag. Worldwide scientific research was done on this indigenous South African herb, Rooibos, over the past 20 years

Other benefits of Rooibos include:

Rooibos is believed to quickly replace sodium chloride lost through sweating. The tea has also become a respectable alternative to cold refreshments for sportsmen, manual workers or other people who labour under high physical strain, due to the proportion of mineral nutrients and micro nutrients in Rooibos.

Flavonoids in Rooibos work as antioxidants – a major protagonist in preventing cancer – as well as in slowing down its progress. Research found that, as a major cause of cancer is damage of the genetic material, the rising level of glutathione associated with Rooibos tea could prevent genetic damages from happening. Due to a polyphenic-rich extract in Rooibos, this indicates potential for use in cosmeceuticals for sun protection and as part of a strategy for preventing non-melanoma skin cancers in humans.

Slowing Ageing Process
Laboratory studies and studies done with animals show that the tea could possibly slow the ageing process, including the progression of dementia.

May Control Diabetes
A study in Japan found that aspalathin in Rooibos tea helped to improve the glucose uptake of muscle cells in Type 2 diabetes, thus helping to maintain normal blood sugar levels.

Fights Allergies
Rooibos can help fight allergies by boosting the production of cytochrome P450, an important enzyme that helps to metabolise allergens. Japanese researchers found that when Rooibos is consumed regularly as a beverage, it helps to improve the allergy status as a result of the increased levels of this enzyme in the body.

Soothing Stomach Cramps and Colic
Anecdotal evidence also suggests that Rooibos acts as a digestive aid and anti-spasmodic, thereby relieving stomach cramps and colic in babies, as well as symptoms associated with pancreatic sufferers.
Rooibos is also used to relieve nervous tension and stomach and bowel irritation, easing the painful symptoms of urinary system diseases such as prostitis and cystitis.

Lowering Blood Pressure
Chrysoeriol in Rooibos acts affectively as a bronchodilator, with an associated effect on lowering blood pressure and relieving spasms.

Replacing Hormones
Plant-derived oestrogen, Phytoestrogen, has the potential as an alternative for oestrogens in hormone replacement therapy.

Soothes Skin Irritations and Acne
Rooibos helps to soothe skin irritations and is also excellent for skin conditions such as eczema, psoriasis or dermatitis. It helps to soothe nappy rash and improves acne. Rooibos tea contains no harmful chemicals or preservatives, which may produce allergic reactions or further skin damage.
Rooibos contains zinc, which is essential to the skin’s metabolism, as well as its own natural alphahydroxy acid, which is believed to smooth and refine fine lines and wrinkles.

Pumping Iron
Rooibos has a low tannin content (only 1 - 4%), which means that it doesn’t inhibit the absorption of iron (something that black tea does).

Protecting the Liver
Researchers in Spain found evidence that Rooibos protects the liver against the accumulation of fat and can help to prevent metabolic disease. It also helps to reduce cholesterol, tryglycerides and free fatty acids.

Heartburn
Rooibos tea can possibly aid in the relief of heartburn, as it has antispasmodic properties which have been known to calm heartburn.

Help for Insomnia
Rooibos tea is frequently used as a natural home remedy to help insomnia.

100% Good
To conclude: Researchers know of no side effects associated with the use of Rooibos tea, so it can be consumed freely. It is also safe for pregnant and breastfeeding women and young children

In summary, the following scientific research was done on Rooibos with exceptional results:
• Rooibos is very high in antioxidants, especially green Rooibos, which means the levels of antioxidants are higher than black, green or honeybush tea.
• Rooibos can prevent and treat vascular diseases
• Rooibos can promote a healthy heart
• Rooibos can treat high blood pressure
• Rooibos can increase hair growth
• Rooibos has anti-cancer properties
• Rooibos is benefi cial in treatment of acne
• Rooibos contains no caffeine
• Rooibos is low in tannin
• Rooibos helps with nervous tension, allergies and digestive problems
• Rooibos alleviates baby colic, allergies, asthma and skin problems
• Rinsing with Rooibos can protect your skin against infections and fungus
• Rinsing your skin with Rooibos can prevent and alleviate acne and skin irritations
• There is an extract of Rooibos used for the prevention and treatment of type 2 diabetes
• New research is being done to investigate the plant-derived estrogens in Rooibos for their
potential as an alternative to estrogens in hormone replacement therapy … so this is one to really keep an eye on …
• Acts as “chemopreventors” in skin cancer as external application could possibly suppress tumour growth
• Further research into Rooibos has shown it suppresses mutations and as such potentially prevents cancer
• Rooibos has a calming effect on the digestive system
• Further research is being done on Rooibos as a bronchodilator which goes with lowering blood pressure and relieving spasms
• The Japanese found an immuneboosting ingredient
• Rooibos has huge anti-ageing effects
• And lastly, no negative or adverse effects …

Save this product for later